I have a friend who is in love with Asian guys – Korean especially She’s liked some Chinese, some Japanese, but Korean is her vice.

That said, she introduced me to Gangnam Style (PSY) before they started playing it on the radio (but probably after it had gained massive popularity on YouTube). So when they started playing it on the radio I was thrilled. Not only is the video funny and the lyrics brilliant, but the song is super catchy and makes me feel happy every time I hear it.

Gangnam Style is far from the first Korean song she’s introduced me to, however.

END_OF_DOCUMENT_TOKEN_TO_BE_REPLACED

If you live in the US and have ever hosted or attended an informal party, you’ve probably seen those those red plastic cups. Dixie cups. They hold about 16oz (500 grams) of whatever it is you’re drinking.

I have seen them many times and never thought twice about it. They’re cups.

Apparently, they are an iconic American symbol of some sort outside of the states.

I have a friend who came from New Zealand and recently moved to Japan. (She leads are far more interesting life than I do.) While still in New Zealand, she mentioned an “American store” near her that may have sold those plastic cups. When she first mentioned them, I kept thinking she was talking about something different.

As she continued, it became clear that she was indeed referring to red, Dixie brand plastic cups. The kind that won’t break through if they are left sitting out too long, but not sturdy enough to wash and reuse. Disposable red drinking cups.

Now she is in Japan as a JET (Japan Exchange and Teaching Program), and she told me about a party that some American JETs were having. She was excited about the party for all sorts of reasons – fun, friends, etc, etc. But she was also excited over the prospect of seeing those cups.

She sent me some pictures from the party. 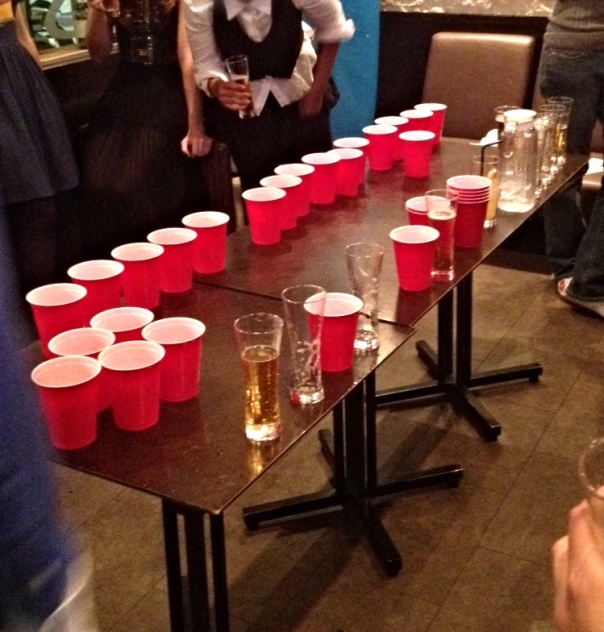 I have cropped out the people, but make no mistake – these are not “party photos”. 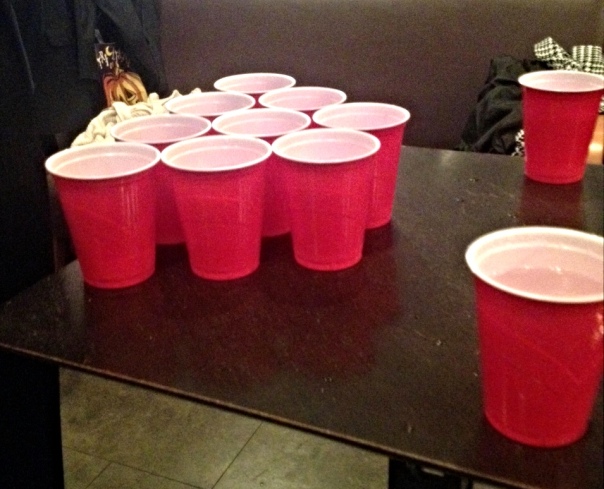 I hope this makes the Dixie company very happy…

They are cup photos.

I never would have guessed anyone was this intrigued by our disposable dishware, but she has indicated she isn’t the only one.

Are you also this intrigued by these cups or any other innocuous, mundane item?

I feel like I am missing out on something. 😛

I am a chick. And fat. The first part most people don’t care about but the second part is socially frowned upon. Add the two together and you typically either garner sympathy, condemnation, or harassment. Unlike “large boobs”, “fat chick” rarely gets flirtatious remarks (I realize those remarks and compliments aren’t exactly quality communication). I’m not fishing for any of the above.

END_OF_DOCUMENT_TOKEN_TO_BE_REPLACED

I am sitting here listening to Pandora, and I started a station for some rap (yeah, yeah, I know). They started playing some humorous songs, including some of Eminem’s older stuff. Eminem as Slim Shady.

I don’t know if Eminem simply became too angry to continue writing the funny stuff he originally produced, but I so love his older songs. They were so funny! Now everything is all about being mad and vengeful and getting back at anyone who once hurt him.

I’m not one for vengeance.

Am I the only one that wishes he was still making humorous songs?

I don’t mind some of his other music since it actually sounds like rap, but the funny stuff will always be the best to me.

END_OF_DOCUMENT_TOKEN_TO_BE_REPLACED

I have to be honest, I haven’t written in a few days and I’ve been terribly distracted by planning for an upcoming vacation. Sometimes ideas for this blog pour out of my head and other times, I’m a dried up well. When I try to sleep, they’ll probably start flowing. *sigh*.

Sooo… Since I can’t think of anything spectacular to right at the moment (I’m also tired – don’t blog while tired!) – I thought I’d share with you a smattering of uteruses… in cake!